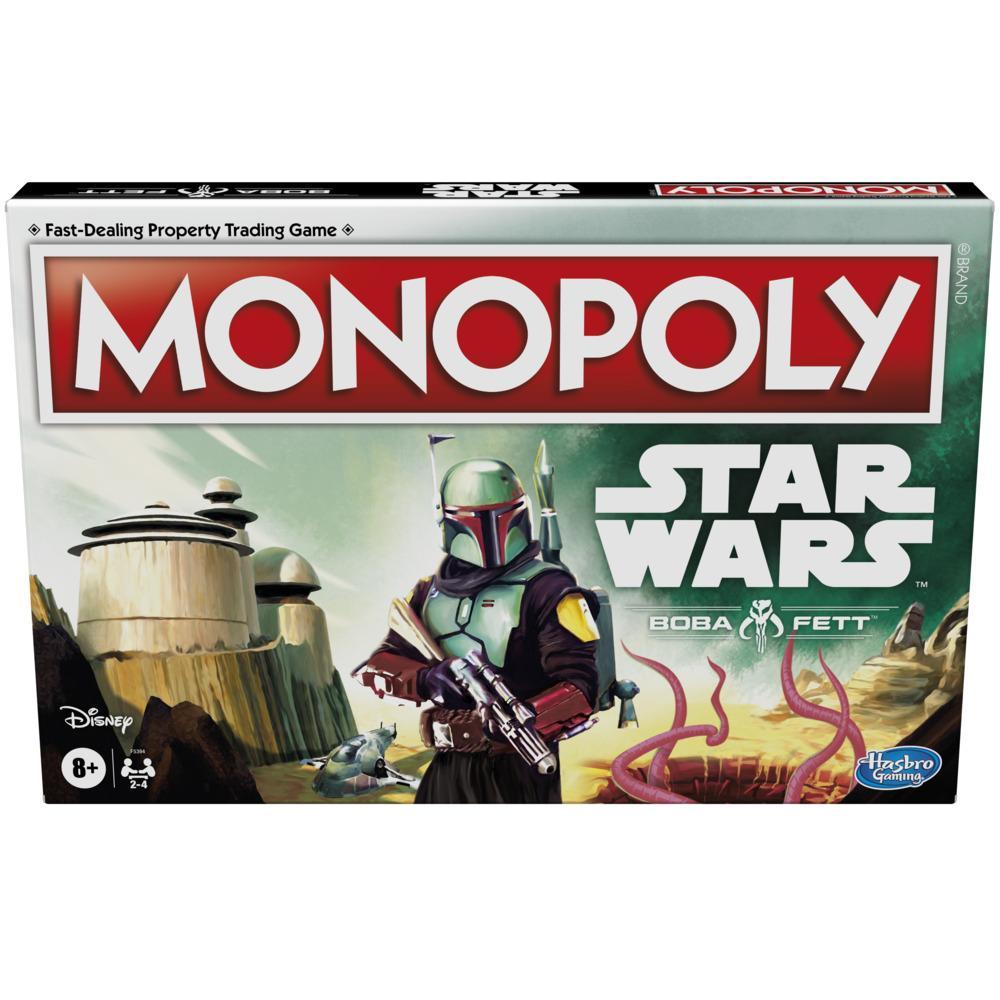 Monopoly: Star Wars Boba Fett Edition Board Game for Kids Ages 8 and Up,

Celebrate the legendary Bounty Hunter and the galaxy of characters he has encountered, with this Monopoly: Star Wars Boba Fett edition board game. Star Wars fans will love the gameboard spaces that depict iconic Star Wars characters, and the cardboard Boba Fett tokens showing him in a classic pose or one of his more recent looks. Players move around the board collecting characters, equipment, and Imperial Forces, and relive favorite Boba Fett moments from Episodes V and VI of the Star Wars movies, as well as action-packed scenes from The Mandalorian TV series. The Monopoly game is for 2-4 players, ages 8 and up. Star Wars products are produced by Hasbro under license from Lucasfilm Ltd. The Hasbro, Hasbro Gaming, Parker Brothers, and Monopoly names and logos, the distinctive design of the gameboard, the four corner squares, the Mr. Monopoly name and character, as well as each of the distinctive elements of the board and playing pieces are trademarks of Hasbro for its property trading game and game equipment.

•MONOPOLY GAME FEATURING BOBA FETT: This edition of the Monopoly board game is inspired by the original Star Wars movies and The Mandalorian TV series on Disney+
•LEGENDARY BOUNTY HUNTER: Players move around the board collecting characters Boba Fett has encountered, equipment he has used, and Imperial forces he has battled or pursued
•BOBA FETT CHARACTER MOVERS: Choose to play as one of 4 cardboard character tokens depicting Boba Fett in a classic pose or one of his more recent looks
•SIGILS AND SKULLS: Add symbols from Boba Fett's armor to properties. When a player gets a color set they can start adding Sigils to their characters and then upgrade to Skulls
•FOR STAR WARS FANS: The Monopoly Game: Star Wars Boba Fett edition is a great choice for a family game night, and the game makes a great gift for Star Wars fans ages 8 and up