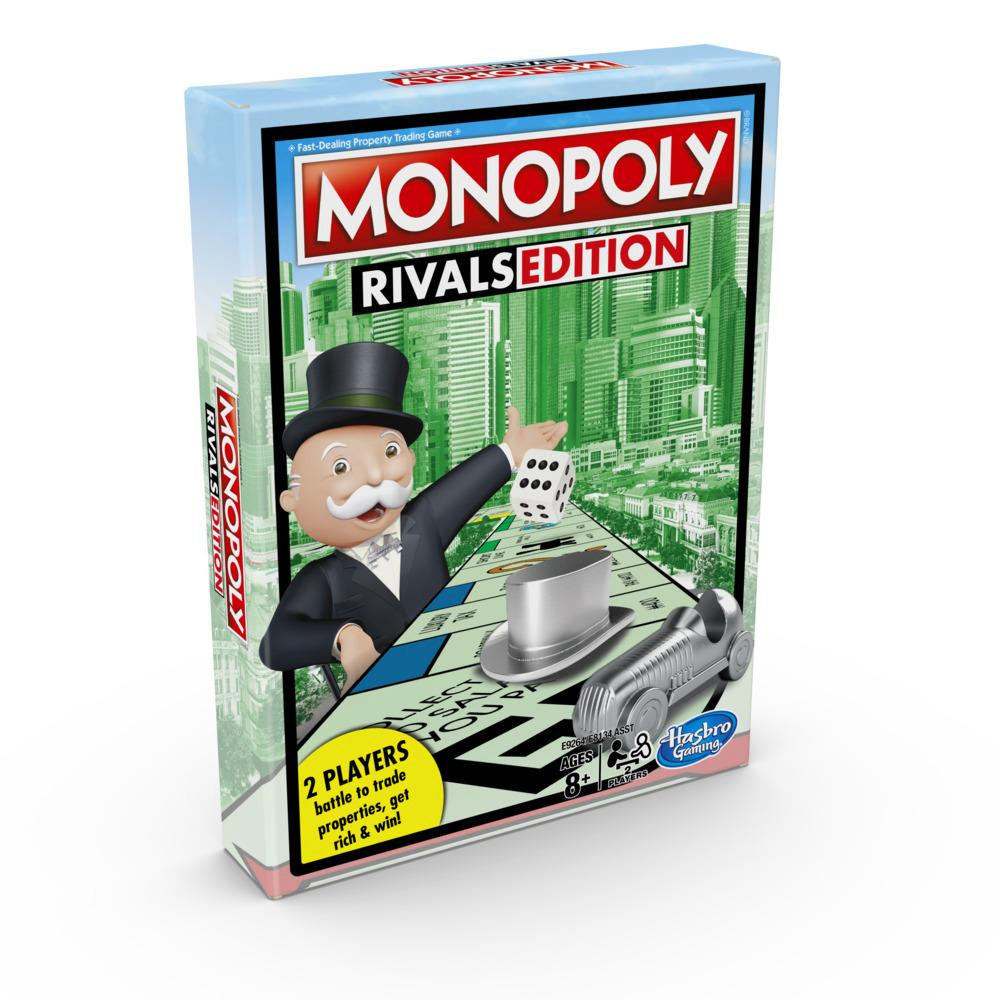 It's the Monopoly game that has 2 players going head-to-head in a battle to buy properties, get rich, and win! In this Monopoly Rivals game, players choose their token and move around the board buying, selling, and auctioning off properties. Community Chest cards and Chance cards add to the suspense as players try to own all the properties on the board or bankrupt their opponent. This two-player Monopoly game takes less time to play than the classic Monopoly game. It's a great choice for a play date, a rainy day activity, or anytime your kids want a fun game to play with a friend. For ages 8 and up.
The Hasbro, Hasbro Gaming, Parker Brothers, and Monopoly names and logos, the distinctive design of the gameboard, the four corner squares, the Mr. Monopoly name and character, as well as each of the distinctive elements of the board and playing pieces are trademarks of Hasbro for its property trading game and game equipment.

TWO-PLAYER MONOPOLY GAME: The Monopoly Rivals Edition board game is an exciting game that has 2 players going head-to-head in a battle to trade properties, get rich, and win
OWN PROPERTIES: The first player to buy up all the property on the board, or bankrupt their opponent wins the game
QUICK GAMEPLAY: With the Monopoly Rivals game, players can experience faster gameplay than the classic Monopoly game