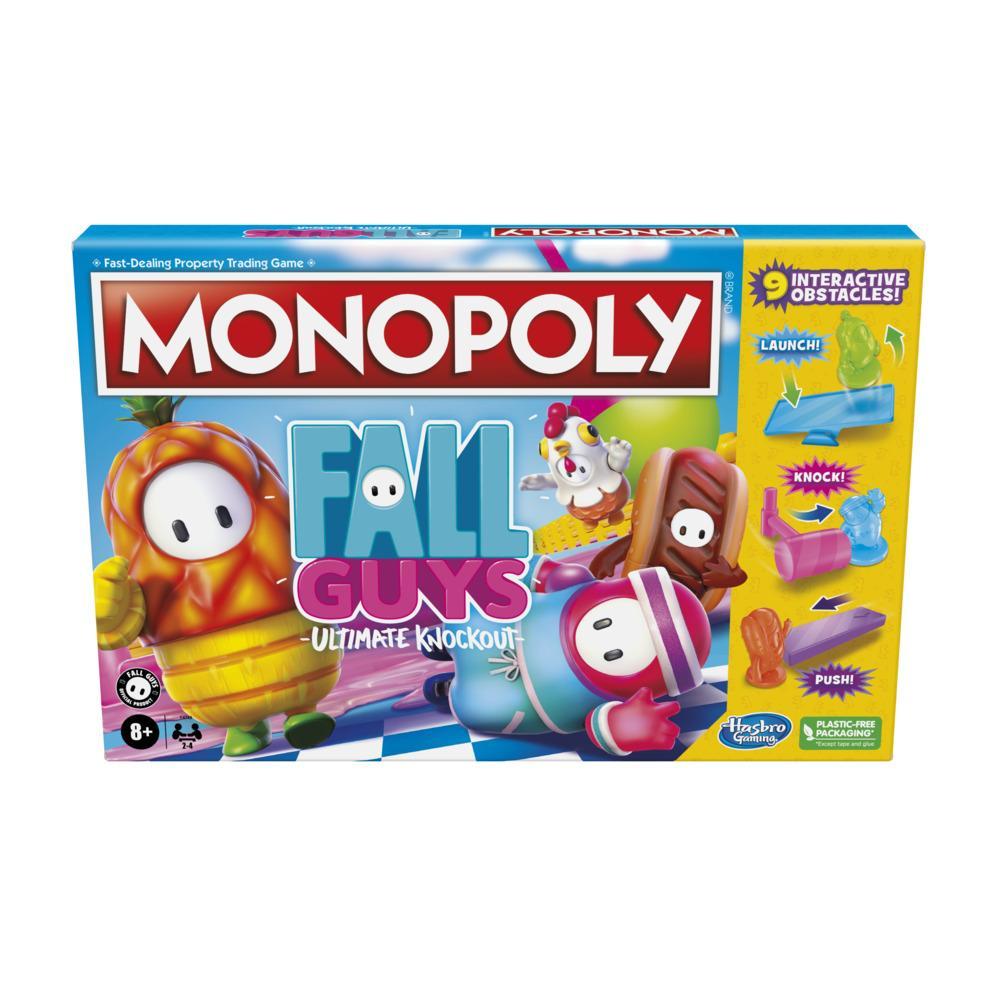 In this exciting edition of the Monopoly game, players buy up as many Rounds as they can. The more Rounds they own, the more Kudos they can collect. Players move around the board as a Fall Guys character token, performing wild actions such as jumping, grabbing, and falling to victory! Besides dodging the 3D obstacles, players collect valuable Crowns when passing Go, and roll the Knockout die to change gameplay. The Monopoly: Fall Guys Ultimate Knockout Edition game makes a fun birthday gift or holiday gift for players ages 8 and up. The Fall Guys mark, logo and characters are trademarks of Mediatonic Limited. © 2022 Devolver Digital Inc. The Hasbro, Hasbro Gaming, Parker Brothers, and Monopoly names and logos, the distinctive design of the gameboard, the four corner squares, the Mr. Monopoly name and character, as well as each of the distinctive elements of the board and playing pieces are trademarks of Hasbro for its property trading game and game equipment.

•FALL GUYS THEME: Become the Blunderdome champion! This Monopoly game features exciting gameplay, colorful artwork, zany game components, and character tokens inspired by Fall Guys Ultimate Knockout
•DODGE OBSTACLES: Let the chaos begin! Players dodge interactive obstacles placed around the gameboard! Avoid Big Yeetus, Moving Wall, and See Saw obstacles, and activate them to foil other beans
•INCLUDES KNOCKOUT DIE: When a player begins their turn, they'll roll the Knockout die. This will let them do things such as activate obstacles, collect Kudos, or even move other players
•BUY ROUNDS, COLLECT CROWNS: Move around the board buying as many Rounds as possible. When passing Go, collect a Crown! Each one hauls in 10,000 Kudos at the end of the game
•FOR FALL GUYS FANS: The Monopoly: Fall Guys Ultimate Knockout Edition game is a fun twist on classic Monopoly gameplay and makes a great gift idea for fans of Fall Guys, and players ages 8 and up