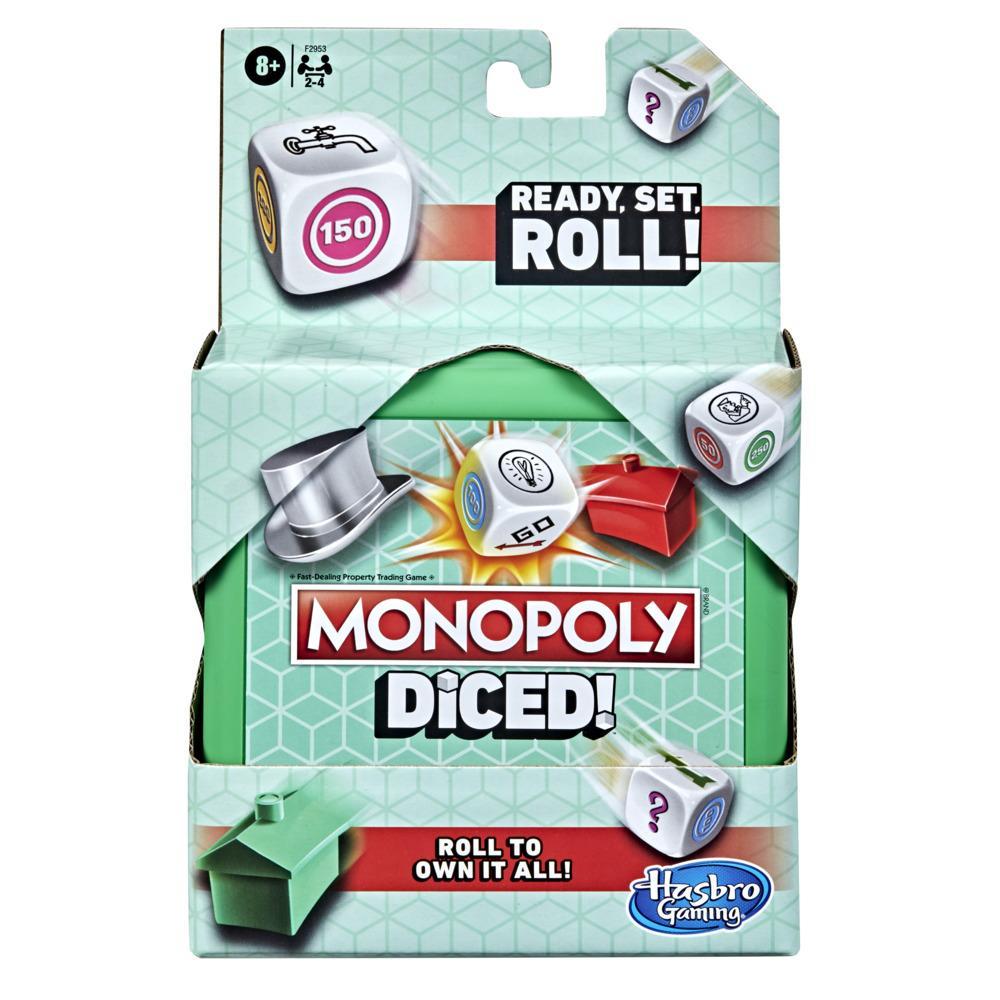 This fun travel board game has players collecting color groups and placing dice on their matching squares. The more valuable the color group, the less frequently that color appears on the dice, so it's harder to roll. The first player to reach $15,000 wins the game. While it plays a little differently than the Monopoly board game, it still includes the familiar fun of "Go" and "Go To Jail", houses and hotels, railroads, and more! This compact and portable game is a great game for travel and on-the-go play. It's easy to learn, and if your kids are looking for a quick game it can be played in under 20 minutes. The Monopoly Diced game is for 2-4 players ages 8 and up. The Hasbro, Hasbro Gaming, Parker Brothers, and Monopoly names and logos, the distinctive design of the gameboard, the four corner squares, the Mr. Monopoly name and character, as well as each of the distinctive elements of the board and playing pieces are trademarks of Hasbro for its property trading game and game equipment.

•READY SET ROLL: It's an exciting, quick-playing Monopoly game in a smaller, compact size. The game is easy to learn, and it's a fun travel board game for 2-4 players
•FAST GAME TO PLAY: Players roll the dice and collect money by completing color groups. But beware! The trick of the game is to know when to stop rolling…it could mean losing everything earned in that turn
•EARN MONEY: The more valuable the color group, the less often that color appears on the dice making it more of a challenge to complete that group
•FUN TRAVEL GAME: The Monopoly Diced game is easy to learn and quick to play. It's a fun game for kids ages 8 and up, and can be played in about 20 minutes. Take it along for a quick on-the-go game
•MORE DICED GAMES: Look for other fun games in the Diced games assortment including the Sorry! game and the Clue game. (Each sold separately. Subject to availability)