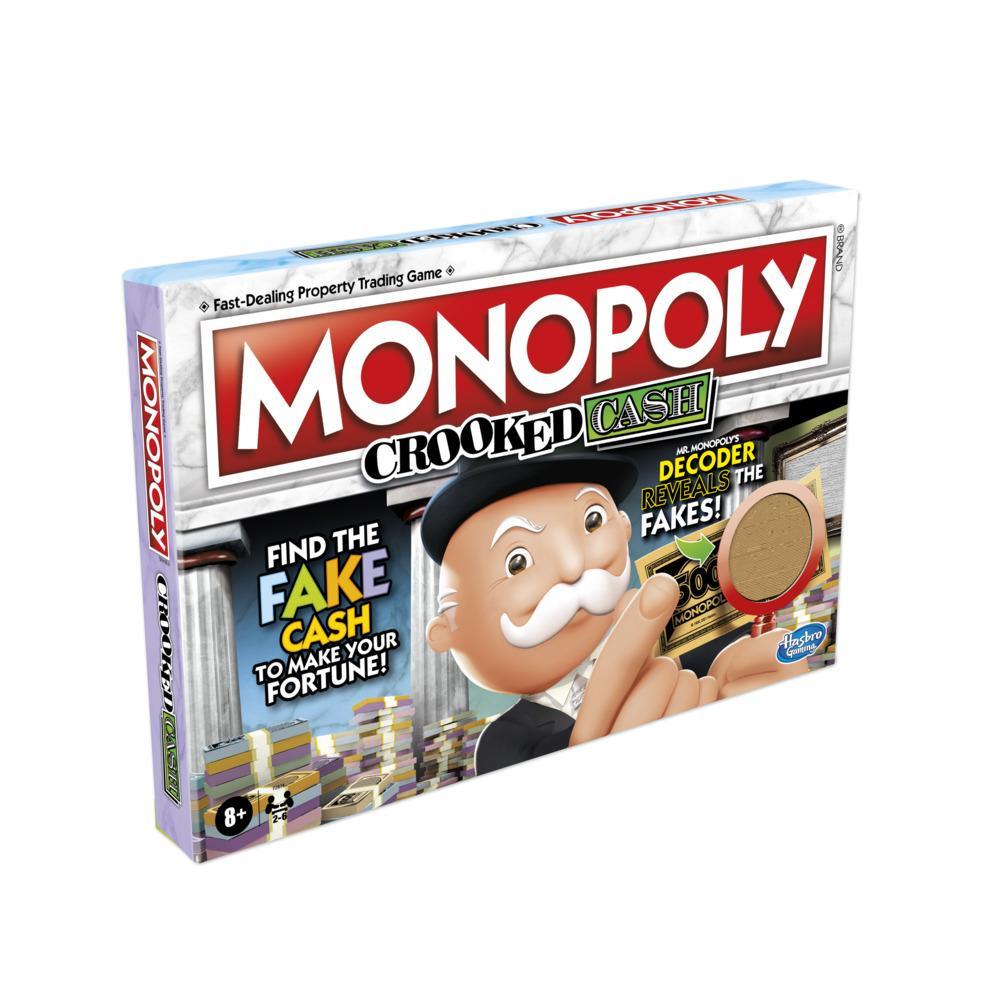 Monopoly Crooked Cash Board Game For Families and Kids Ages 8 and Up, Includes Mr. Monopoly's Decoder

In the Monopoly Crooked Cash game things aren't always as they seem. Someone added fake cash and fake Chance cards! Luckily, Mr. Monopoly is giving players his decoder so they can find the fakes and still make a fortune. It's an exciting game of hidden reveals, and players get to challenge their opponents for using fakes with accusation coins. But use them wisely! You only get a few coins to play. Includes Monopoly tokens that play up the deceptive theme. The player with the most money at the end - real or fake - wins. This family board game is a fun game to play. It's great choice for game night and as an indoor activity for kids 8 and up. The Hasbro, Hasbro Gaming, Parker Brothers, and Monopoly names and logos, the distinctive design of the gameboard, the four corner squares, the Mr. Monopoly name and character, as well as each of the distinctive elements of the board and playing pieces are trademarks of Hasbro for its property trading game and game equipment.

•FUN TWIST ON THE MONOPOLY GAME: The Monopoly Crooked Cash game features classic Monopoly gameplay with a twist! The Mr. Monopoly's decoder helps players find the fakes
•INCLUDES DECODER: When a player pays for something, opponents can use the decoder to see if they used fake cash. It'll reveal hidden patterns to determine if it's real. If it's fake, you get to keep the cash
•CHANCE CARDS: Watch out…Chance cards might be fake too! Did a player use a Chance card to skip out on a payment? Check it out…the decoder will determine if the card is a fake
•MOVE FAST, SPEND FAST: Instead of having taxes, utilities, or buying railroads, players can hop on a train and quickly go to an unowned property. Spend the cash fast before getting caught with fakes
•FUN FAMILY GAME: Gather friends and family together for this fun, fast twist on Monopoly gameplay. It's a great choice for game night, to take to parties, and as an indoor activity for kids 8 and up