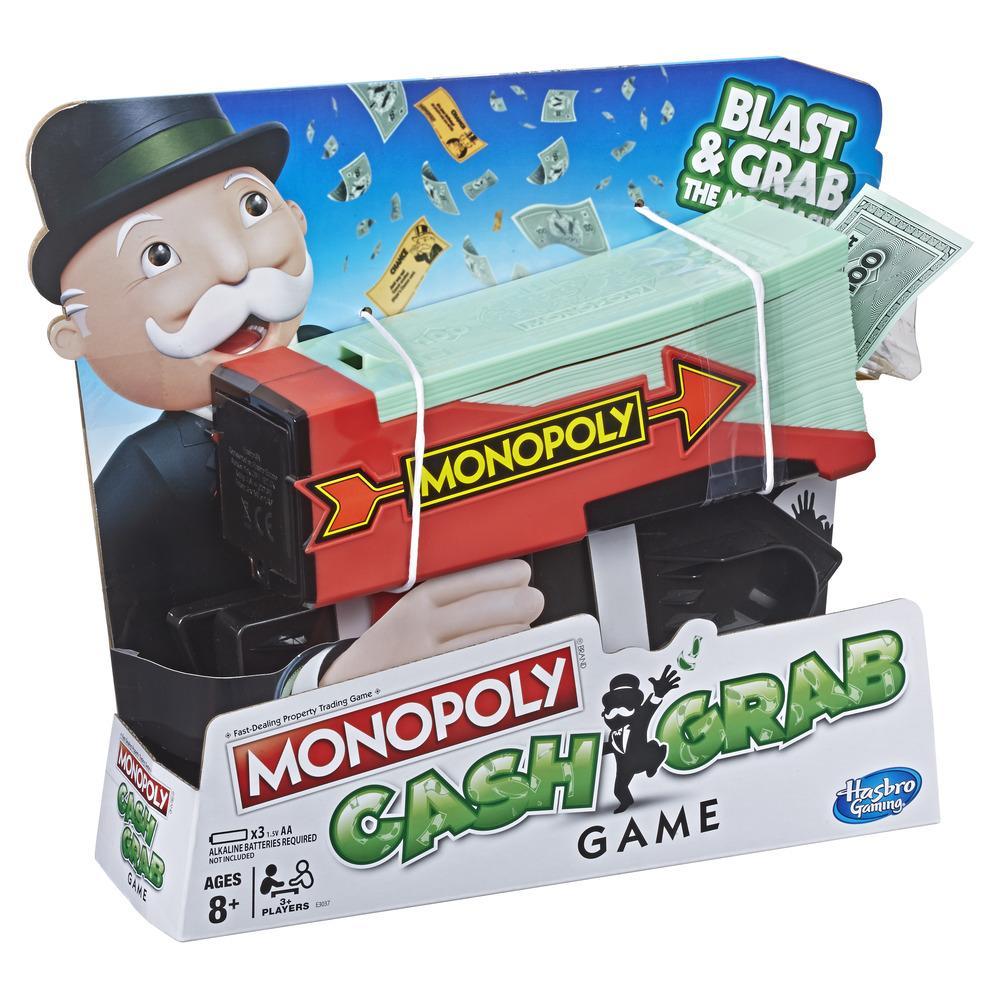 Get ready for loads of fun with this "off the board" Monopoly game! Load the Monopoly Money into the Money Blaster (aka the Bank), and blast cash and Chance cards into the air. Everyone rushes to grab as much cash as they can. Collect Chance cards that add more strategy to the game and help players get more money. Once the blaster is empty, the player with the most cash wins!

The Hasbro Gaming, Parker Brothers, and Monopoly names and logos, the distinctive design of the gameboard, the four corner squares, the Mr. Monopoly name and character, as well as each of the distinctive elements of the board and playing pieces are trademarks of Hasbro for its property trading game and game equipment.

• Includes money blaster, blaster spinner, 100 Monopoly Money bills, 25 Chance cards, and game guide.
• An "off the board" Monopoly game
• Blast cash and Chance cards into the air
• It's a mad dash to get the cash -- as players grab what they can
• Use the Chance cards to scheme for more cash