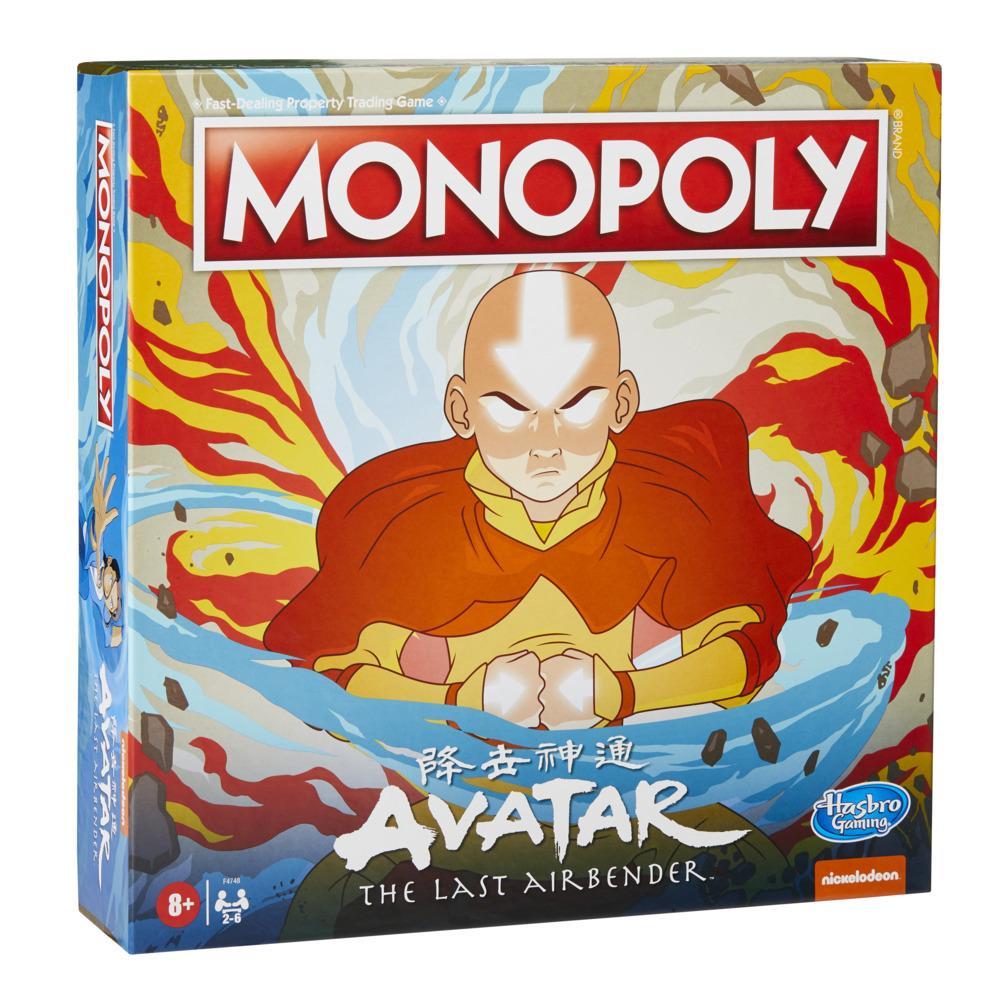 Monopoly: Avatar: Nickelodeon The Last Airbender Edition Board Game for Kids Ages 8 and Up

Imagine taking a journey through the four bending nations as a member of Team Avatar, wielding incredible powers to protect the lands from the Fire Lord! In this Monopoly Board Game: Avatar: The Last Airbender Edition, players move around the board as Aang, Katara, Sokka, Toph, Zuko, or Suki. The more properties a player can protect, the more rent they'll be able to collect. The last player with coins when others have gone bankrupt wins! Copyright 2021 Viacom International Inc. All Rights Reserved. Nickelodeon, Nickelodeon Avatar: The Last Airbender and all related titles, logos and characters are trademarks of Viacom International Inc. The Hasbro, Hasbro Gaming, Parker Brothers, and Monopoly names and logos, the distinctive design of the gameboard, the four corner squares, the Mr. Monopoly name and character, as well as each of the distinctive elements of the board and playing pieces are trademarks of Hasbro for its property trading game and game equipment.

•MONOPOLY GAME: AVATAR THE LAST AIRBENDER EDITION: This edition of the Monopoly game features artwork, characters, and gameplay inspired by the Nickelodeon animated series
•CHARACTERS WITH SPECIAL POWERS: Play as Aang, Katara, Sokka, Toph, Zuko, or Suki. Roll the White Lotus die to activate each character's special powers
•APPA THE SKY BISON: Draw cards from the Appa the sky bison card holder
•PROTECT PROPERTIES: Players move around the Monopoly gameboard as a member of Team Avatar, protecting as many properties as they can from the Fire Lord. The last player to have coins wins
•GAME FOR AVATAR FANS: This is a great gift for fans of Avatar: The Last Airbender. It makes a fun game for kids ages 8 and up, and a great choice for a family game night