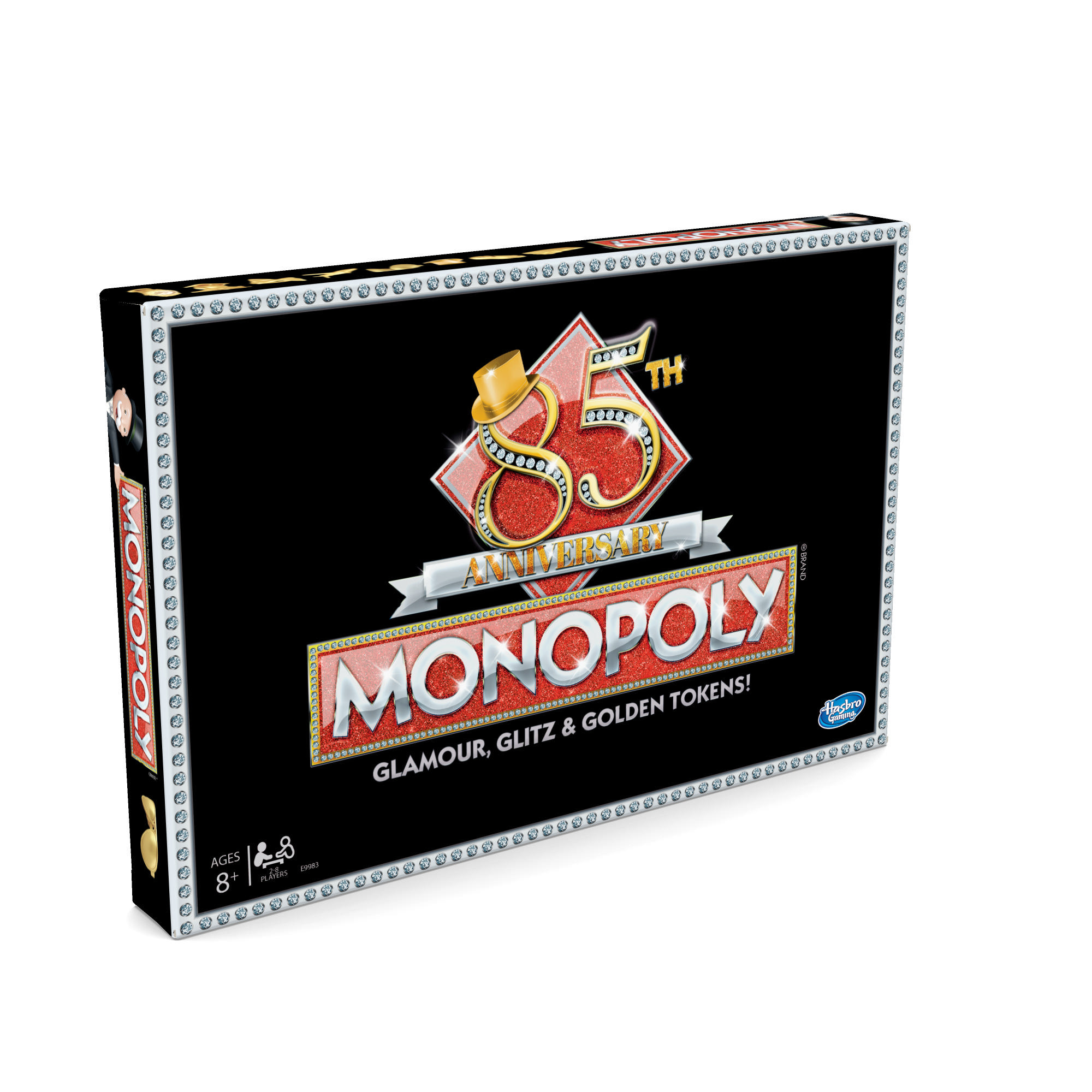 It's glamour, glitz, and golden tokens! Monopoly, one of the world's favorite family gaming brands is commemorating 85 years of success. Join us as we celebrate with the Monopoly 85th Anniversary edition board game. The game features premium packaging and includes 8 golden tokens that represent the good life: A racecar, sunglasses, a yacht, a bowtie, a jet, a helicopter, a wristwatch, and a top hat. Get family and friends together to play the fast-dealing property trading game where players buy, sell, dream, and scheme their way to riches. Three cheers for living the good life of luxury and fun!
The Hasbro, Hasbro Gaming, Parker Brothers, and Monopoly names and logos, the distinctive design of the gameboard, the four corner squares, the Mr. Monopoly name and character, as well as each of the distinctive elements of the board and playing pieces are trademarks of Hasbro for its property trading game and game equipment.

JOIN THE CELEBRATION: Celebrate 85 years of buying, selling, dreaming, and scheming with this special anniversary edition of the Monopoly board game
GOLDEN TOKENS: The Monopoly 85th Anniversary game includes 8 golden tokens that symbolize living the good life of luxury and fun
BUILD HOUSES AND HOTELS: Featuring classic Monopoly gameplay, players build houses and hotels on properties, and bankrupt opponents to win it all
FUN FAMILY GAME: The Monopoly 85th Anniversary game is a great choice for family game night. Gather friends and family together and celebrate 85 years of one of the world's most iconic board games